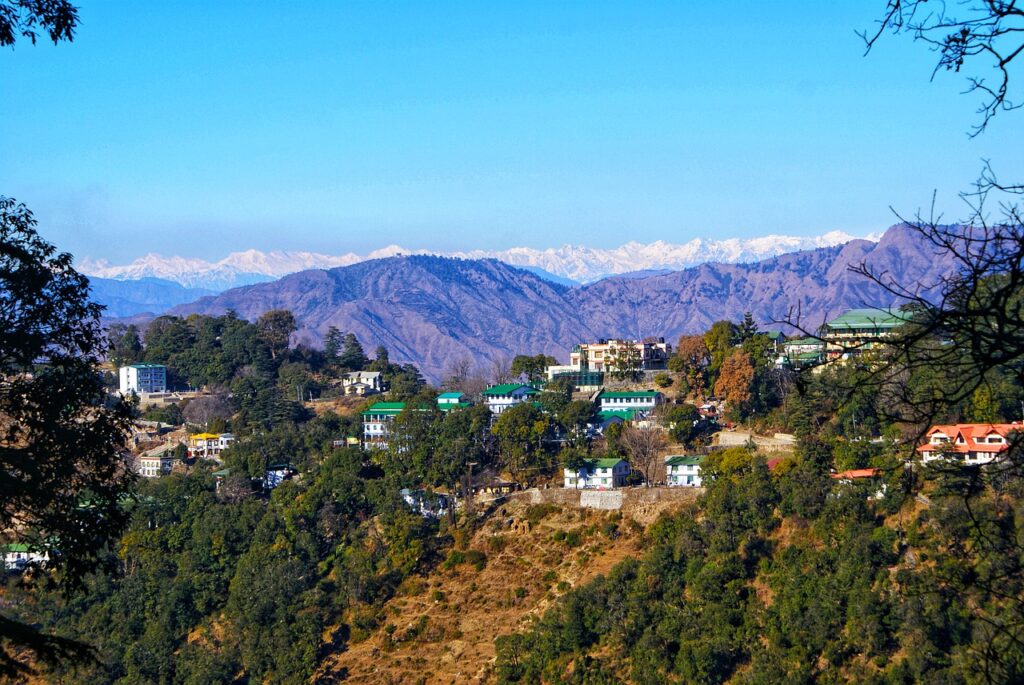 
The ancient town of Almora, before it’s establishment was under the possession of Katyuri king Baichaldeo. He donated major part of this land to a Gujrati Brahmin Sri Chand Tiwari. Later on when Chand kingdom was founded in Baramandal, the town of Almora was founded at this centrally located place in 1560 by Kalyan Chand. In the days of the Chand Kings it was called Rajapur. The name ‘Rajpur’ is also mentioned over a number of ancient copper plates. The town of Almora is situated over a horse saddle shaped ridge of a mountain. The eastern portion of the ridge is known as Talifat and the western one is known as Selifat. The market is at the top of the ridge where these two, Talifat and Selifat jointly terminate. Swami Vivekanada had this to say about Almora. “These mountains are associated with the best memories of our race: Here, therefore, must be one of centres, not merely of activity, but more of calmness of meditation, and of peace and I hope some one day to realize it.” In fact he expressed a desire to have a meditation centre established here and the Ramakrishna Mission at Bright End Corner is a not an active ashram but is a quiet retreat for monks.

Three very important protohistoric sites in the form of rock paintings have been discovered near Almora. Twenty kilometres from Almora, near Barechhina along the Almora – Pithoragarh route, on the banks of river Suyal, are to be found paintings of human beings, animals, group of dancers, lizards, etc. in the rock – shelter known as Lakhuudiyar. These paintings are said to belong to the bronze – stone age. The place is very close to the road.

Similarly, in Pharkanauli and Phulseema (4 km) the rock – paintings belonging to the protohistoric age can be seen. Here one finds an abundance of red lines running in different directions and forming various dancing figures. Lately more such rock – expressions and cup marks have been discovered. One must stress at this point that any attempts by tourists to deface these valuable masterpieces are absolutely reprehensible and unforgivable.

Your Dream Vacation is Here